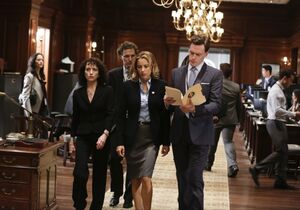 Elizabeth is confronted by a hostile reporter who threatens to publish confidential documents that were leaked from inside the State Department. Meanwhile, Henry is dragged into an international negotiation when his wife uses his job as leverage to broker a deal with Pakistan.

Retrieved from "https://madam-secretary.fandom.com/wiki/The_Operative?oldid=6398"
Community content is available under CC-BY-SA unless otherwise noted.